S is for SPRING AWAKENING

I’ll be sharing my “take-aways.” All those snigglets, golden nuggets, and lessons learned from other creative sources.
Scroll down this link to find other wonderful A to Z participants.

I've oft heard LITTLE WOMEN by Louisa May Alcott written in 1868, is credited as being the first YA lit.

I have no quibble with that.

For me, the piece of literature I encountered that deals most bluntly and honestly with the issues of adolescence is Frank Wedekind's play from 1891, SPRING AWAKENING.

The subtitle for the play is A CHILDREN'S TRAGEDY.  Wedekind's story criticizes the sexual repression of 19th century Germany. He brings to light just about every issue that causes teens to hit the proverbial wall of adolescence.

Puberty, sexuality, rape, abuse, homosexuality, abortion, and suicide are all addressed in this powerful story.

Ignorance is the enemy. 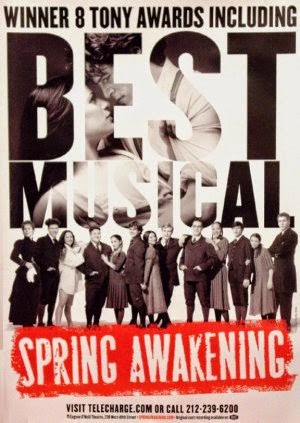 Duncan Sheik and Steven Sater gave Wedekind's story new life in the rock musical version of SPRING AWAKENING. The musical takes place in dual worlds. The scenes take place in realistic period world using the language of the late 1800's with all its repressed sensibilities. 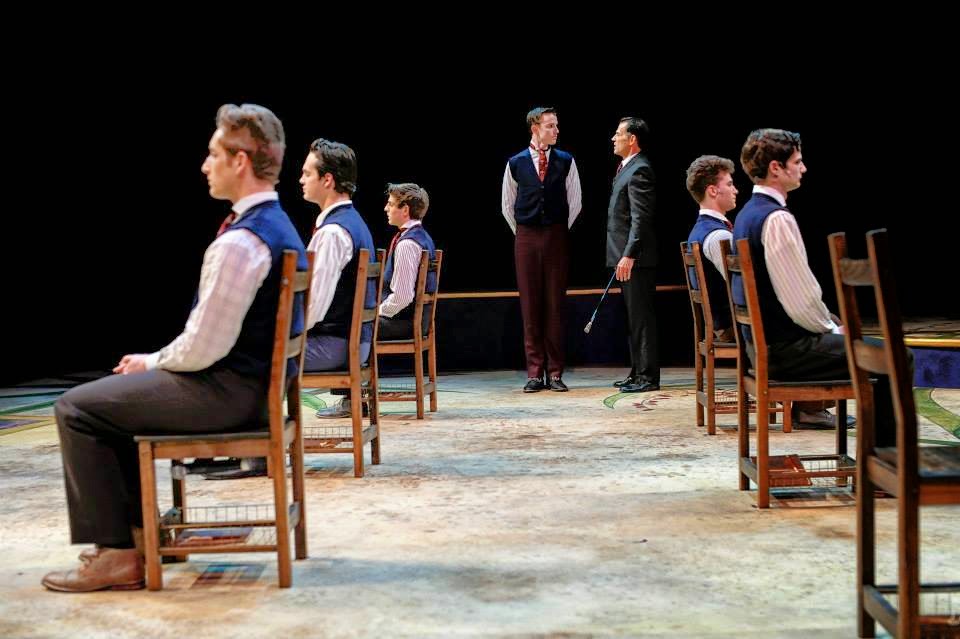 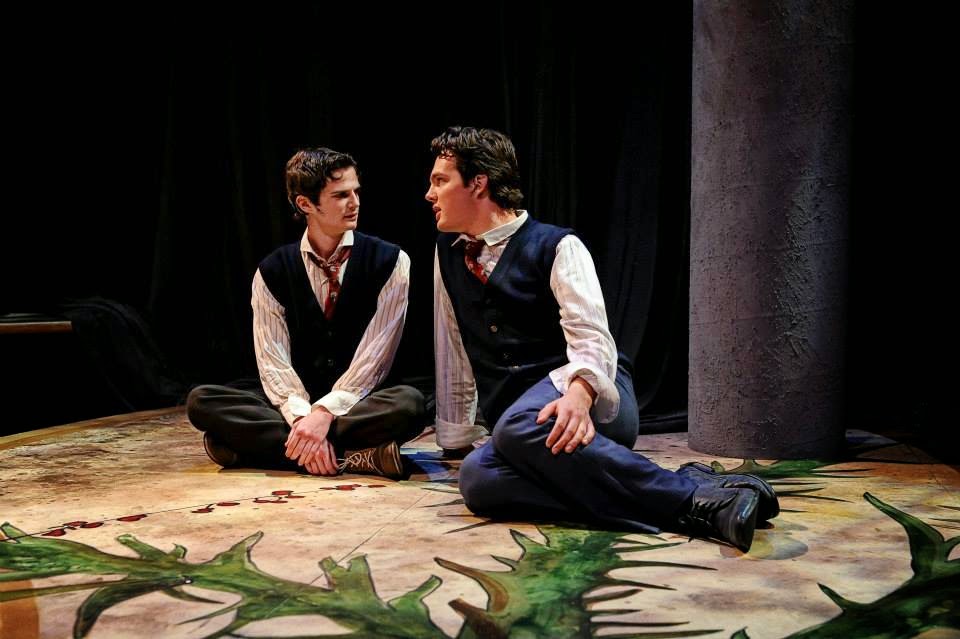 The songs however; take place in rock world with modern language and a score that seeps into your marrow. 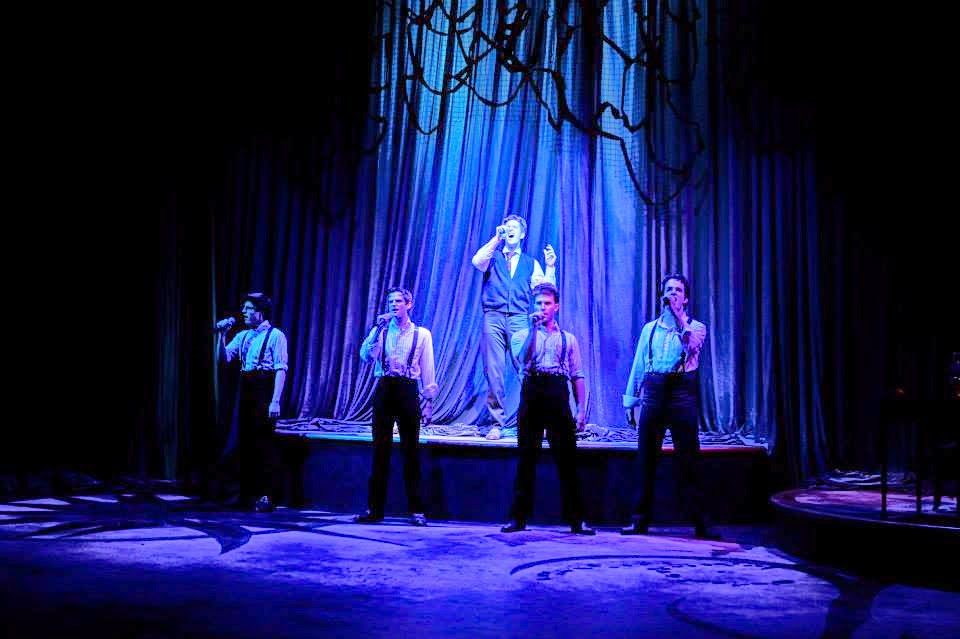 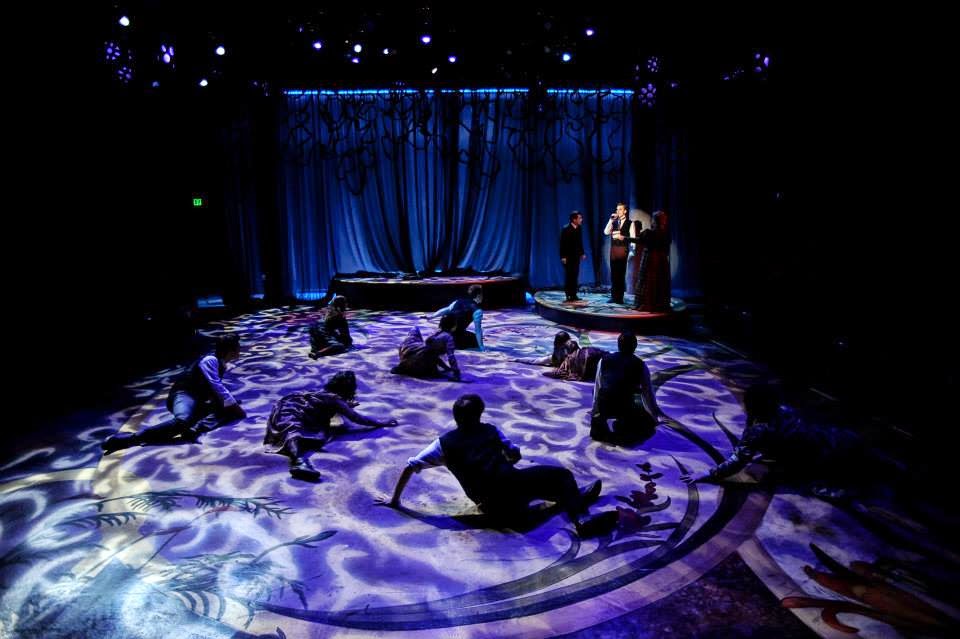 On Broadway SPRING AWAKENING won a long list of awards and launched the careers of Lea Michele, Jonathan Groff, and John Gallagher Jr. 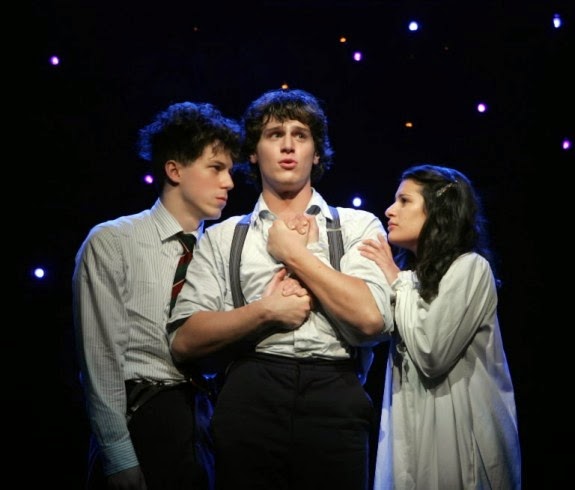 The duality of the worlds expresses the mirrored relevance of teen issues both then and now. The show has a strong following, with devotees calling themselves "The Guilty Ones," after one of the shows pivotal songs of the same name.

Lyrics to The Guilty Ones


But now our bodies are the guilty ones
Who touch and color the hours
Night won't breathe, oh, how we
Fall in silence from the sky
Then whisper some silver reply


Pulses gone and racing
All fits and starts
Window by window you try and look into
This brave new you, that you are


And now our bodies are the guilty ones
Our touch will fill every hour
Huge and dark, oh our hearts
Will murmur the blues from on high
Then whisper some silver reply


And now our bodies are the guilty ones
Our touch will color the hours
Night won't breathe, oh, how we
Fall in silence from the sky
Then whisper some silver reply


And now our bodies are the guilty ones

TAKE AWAY - YA issues are universal and timeless.

Have you seen SPRING AWAKENING? What piece of YA literature do you feel depicts the journey out of childhood in a way that sticks with you?