When you visualize a scene, reveal your characters with light.  Illuminating people differently will project their qualities.  In particular, changing the direction from where a light originates can model a figure in a variety of ways, each creating a unique specific effect.

FRONT LIGHT: Car headlights.  No secrets.  Let it all hang out.  Projects a huge shadow behind.  Character revealed.

BACK LIGHT(Directly or offset to one side)/DOWNLIGHT(Straight from above): Sunlight/Moonlight/Streetlight.  Separates the character from their surroundings.  Allows them to pop out and be distinct.  No one melts into the scenery. 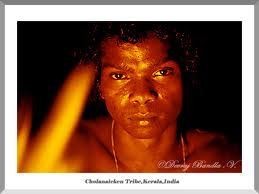 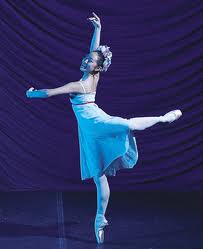 SIDELIGHT: Room lamps.  Sunrise/Sunset.  Adds dimension.  Fills out the form of your character.  Depth, complexity.  Brings out the folds in their clothing. Used strongly in dance.
What direction of light is catching your characters? Are you playing with cast shadows or internal shadows?

Email ThisBlogThis!Share to TwitterShare to FacebookShare to Pinterest
Labels: back light, front light, side light, uplight

In the spirit of: "It ain't nice 'til you've read it twice," here's the next installment of the Designing a Character Series from last year.
Why do we need light?  Illumination, right?  Ding, ding, ding…correct.  Ah, but illumination has a myriad of subtexts. 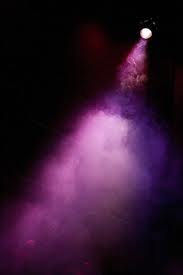 DIRECTING OUR FOCUS: We look where the light is strongest.  It guides our line of vision.  Is your current action bathed in the brightest light?  Are distinct pools of light guiding your reading through moments?
CONTRAST:  We may be looking at the light, but who or what is lurking in the shadows.
MOOD: A character walking out in the midday sun projects a different purpose than a character strolling through the dappled sunlight filtering down along a tree-lined path.
STABLE VS. UNSTABLE: Dependable electric lights shining in a room at night give a secure feeling, safety from the darkness.  The light of a candle or the fire in a fireplace is not so constant.  What are we missing in a character’s face lit sparsely by a flickering light?
STRONG VS. WEAK: Are you exposing your characters with sharp, crisp rays, or do more diffuse beams gently reveal them?
Play with the concept of light.  Let it be a tool to bring an added layer of dimensionality to your characters and scenes.  Try visualizing light that would not be expected in a given situation.  How does that change intention or outcome?
Posted by Leslie S. Rose at 12:01 AM 11 comments:

It's conference week for me so I'm repeating a post from my designing a character series. Enjoy or re-enjoy as the case may be.
Shape, an area defined by line or color, evokes emotional responses similar to line.  We are surrounded by both two and three-dimensional shapes in our world.  In writing we want to avoid two-dimensional characters, those with only length and width, like the plague.  B-0-R-I-N-G.  It’s that third dimension of depth that adds spice to our puppets.
The fun begins when we manipulate shape.
BALANCE:  X O X O X O
Are you asleep yet?  Balance can be a story device you employ as a baseline only if you’re intent on utterly destroying it quickly.  As an overriding plot element, it can be deadly.
Once upon a time there were little pig triplets with ungodly trust funds.  The loving pig brothers, all equally intelligent and motivated, left tail in snout to find their way in the wide wide world.  Using their unlimited Renaissance Pig talents, they build a compound with three identical houses where they could live together in harmony.  Best of all they had a bushy-tailed wolfy neighbor who refused to eat anything except stupid pigs who never wore clothing.  The End.
INTERVAL OF SPACE:    X X X X X X       X
I know which X you are looking at!
Once upon a time there were little pig triplets with ungodly trust funds.  The first pig made a horrendous investment due to his lack of online research, and was left destitute.  His brothers shunned him, and he had to live out his porcine existence in a cardboard refrigerator box under the forest overpass.  Since he was stupid and did not wear clothing, his brothers’ bushy-tailed wolfy neighbor ate him.  The End.
IDENTIFIABLE SHAPE:  X    - ò ﾐ
A shape we recognize and are able to assign meaning, is always dominant.
One upon a time there were two amorphous blobs and one pig with ungodly trust funds.  The blobs had no hands or faces and therefore no means to access their riches.  The pig opened a small bookstore under the oak tree with his money and was wildly successful since animals who wear clothing, also read.  The indefinable blobs could not communicate with the non-blob world so no one in the forest had any clue what they were thinking, doing, or planning.  They hung aimlessly in the air below the branches of the oak tree, doing nothing, for the rest of all time.  The End.

Note: If you speak “blob” and can order the last mini-story in their original tongue, “blob,” thus being able to identify their unique culture and language, you’ll find the journey of the blobs hanging in the forest is actually an epic to rival Tolkien.  Who knew?
Posted by Leslie S. Rose at 12:01 AM 10 comments:

There are some pretty cool awards floating around the blogosphere. It’s true that accepting an honor, fulfilling its requirements, and passing it on can add yet another serving to your already overflowing “to be done” plate. Sometimes we just can’t respond to an award. I’ve been guilty of losing an award because I didn’t bookmark or write down the generous giver, and I feel bad. Thank you and I’m sorry to anyone that feels I snubbed them.
Lisa Gail Green presented a clever solution to passing on an award in her Paranormal Point of View blog.
We have to guard our writing time fiercely, but if you find a sliver of a moment, I think adding a link to the award chain can send some positive vibes out there to cyberspace.
Here are a few reasons why,
Awards –
Two Thank Yous I didn’t lose, go out to Lacie Myers and Prerna Pickett for gifting me with the Liebster award (the name makes me crave lobster) that goes out to blogs on the way to the 250 followers goal.
So I'm sending lobster, I mean the Liebster to these delicious voices:
Caryn Caldwell
Pat Newcombe
D.M. Cunningham
Michelle Brown
Augusta Scattergood
Pass the butter, and share your opinion on blog awards. Happy Fall and welcome to my new followers.