Greetings from Las Vegas, land of buffets and broken dreams. I've played my favorite slot machine, Lord of the Rings, and had a steak. Once I hit the outlet mall for some serious discount shopping, my Vegas triad of delight will be complete. 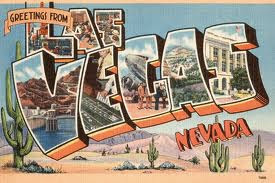 I want to share a super opportunity with you. Daisy Carter, from the Fresh as a Daisy blog, is hosting a pitch contest with Tricia Lawrence of the Erin Murphy Literary Agency on 6/29.
Details right HERE
Daisy's contest is now closed.

And now the clapping while jumping up and down moment of the week...

In fact, I'm over at the Journeys of Wonder blog doing a guest post on editing. Pop on over.

In closing, I have two words...
VEGAS BABY! 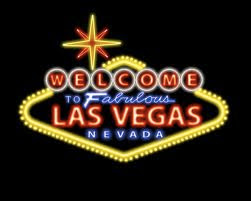 I have a weakness for a good parody. Taking the essence of a story and giving it a humorous twist is an art form in itself.

Here are three examples that would make my personal Parody Hall of Fame. 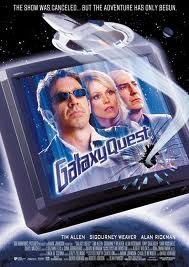 photo credit
Galaxy Quest took the Star Trek fanboy/fangirl phenom, turned it on its ear and make a hilarious movie with its own engaging journey. 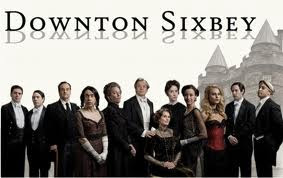 And the newest inductee into my Parody Hall of Fame is:

photo credit
Yes, it IS a musical parody of Lord of the Rings, Fellowship of the Ring - LIVE on stage. 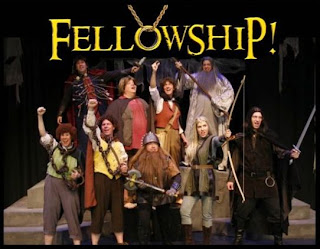 photo credit
This wonderful production tells the ENTIRE story of Fellowship of the Ring with all the heart and a thousand times the humor of Tokien's tale.

You haven't lived until you've seen a diva Balrog sing a torch song in a red spotlight.

What take offs, spoofs, or parodies would make your Hall of Fame?
Posted by Leslie S. Rose at 7:47 AM 25 comments: 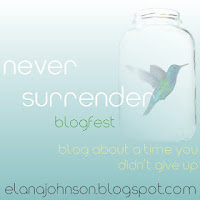 Do you know what will happen once you start reading SURRENDER, by Elana Johnson?

Because -
YOU CAN'T PUT IT DOWN

I love the premise of perseverance that this Never Surrender Blogfest embraces. Thank you Elana Johnson for encouraging us to share our stories.

I Can Do That
In 1971, when I was thirteen I saw the musical, Coco, starring Katherine Hepburn at the Los Angeles Music Center. I was a four year veteran of community theatre with dreams of being an actress. At the end of the show, I turned to my mother and said, "Next year I'm going to be up on that stage."

A few months later, lo and behold there were auditions for The Sound of Music to be performed on that very stage. My mother wouldn't let me audition because I had braces, and she said my singing voice wouldn't cut it.

My brother auditioned and was cast. At least three of the Von Trapp kids had braces.

I watched the show every night for six weeks.

At the end of the summer the company was auditioning replacements for the kids who didn't want to continue on the tour.

In my bedroom, I sang to the Broadway cast album at least 100 times, and practiced the dances I'd been watching for weeks.

My braces and I got the part.

I performed the role of Louisa Von Trapp on the stage of the Los Angeles Music Center in 1972, and continued to do so for the rest of the tour.

"If you can dream it, you can do it."
Walt Disney

Join me in hopping to the blogs on the list below to soak up more rays of perseverance.
Posted by Leslie S. Rose at 2:40 PM 37 comments:

The day I've dreamed of has come true. I have a story out in the world. In Journeys of Wonder, I am honored to share creative space with a talented team of writers and eagle-eyed editors, Lisa Gail Green, Ian Kezsbom, Sarah Lynn, and Deborah Pasachoff.

This anthology project gives our beloved genre fiction a bridge on which to travel from our imaginations to yours.

A new Anthology of Genre Fiction

Journeys of Wonder is a new anthology of genre fiction. We've assembled three talented writers to bring you five chilling tales that are guaranteed to keep you up at night - or at least make you turn on the lights.

Featured in Volume 1, June 2012:
1. The Door by Ian Kezsbom: Six people are stuck in a room with no memory of how they got there while a fear of the unknown keeps them from opening the only exit they have.
2. Blackout by Lisa Gail Green: A terrifying tale of a young woman whose memory is shattered and a creepy neighbor who is not all that he seems.
3. Infinity by Ian Kezsbom: Two brothers, forced to travel through time to save the world from an unspeakable evil, have little idea of what they have actually gotten themselves into.
4. Eye of the Wolf by Lisa Gail Green: A young girl struggles against the power of the full moon as she tries to hide her deadly secret from her family.
5. Afterdeath by Leslie S. Rose: In a future where our journey beyond death is no longer a mystery, the promise of eternal love waits, unless you break the rules.

On sale only at Amazon.com now! $.99 or free through the Amazon Prime lending library!
Visit us at: www.journeysofwonder.com

We'd love to hear your thoughts on our stories, so we've included forums on our website to spark a creative conversation. We are forever in your debt for helping us spread the word about Journeys of Wonder.