Open Submissions for Journeys of Wonder

I'm taking a quick break from the Common Core State Standards series to share an opportunity from Fuzzbom Publishing.

Submissions are open for Volume 4 in the Journeys of Wonder, adult speculative fiction series.

Go HERE for the submissions specifics.

Journeys of Wonder, Volumes 1-3 are each available in Kindle version on Amazon for 99 cents. Whoo-hoo. Just click on the covers in the sidebar to cyber pop to Amazon.

Check out our stories and add your own to the next volume. 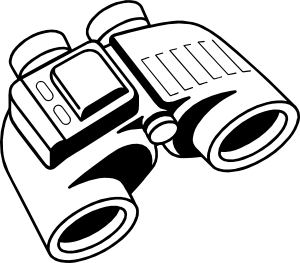 The goal is to guide students to discuss learning beyond mere statement of fact, identification, or detail. Take new knowledge out for a spin. Savor learning. Poke it. Prod it. Turn it over. Examine it for faults. Challenge it. Connect it to previous knowledge bobbing just beneath the surface of their gray matter. Prove it with evidence. Seek clarification. Synthesize.

Academic Conversations occur teacher to student, and more importantly student to student. They travel though layers of intensity known as DEPTH OF KNOWLEDGE (DOK) levels.

Four levels of Depth of Knowledge have settled into place. They are based on Bloom’s Taxonomy, a hierarchy of knowledge retention.

Using the concept of the water cycle, here’s an oversimplified example of student knowledge traveling through the DOK levels.

DOK Level 1: Identification
What are the stages of the water cycle?
Evaporation – Condensation – Precipitation – Run Off

DOK Level 2: Exploration/Explanation
Discuss the cause and effect relationships in the water cycle.
The addition or removal of heat will cause the water to shift into different physical states. For example: Sunlight heats water droplets causing them to change from liquid to gas.

DOK Level 3: Shift in Perspective
If you look closer at the water cycle, what else do you see?
The speed in which molecules move and their density changes based on the physical state of the water. Higher temperatures cause water molecules to move faster.

DOK Level 4: Application of Knowledge
How can you connect your knowledge of the water cycle to other concepts?
All elements have freezing and boiling points. The water cycle exists in storms. - And of course they would explain in detail - create a project/presentation to illustrate their knowledge.

Students must be explicitly taught how to “think” through these levels. My socks have been knocked off by my fifth graders as I see them engaging in these sorts of academic conversations WITHOUT my intervention.

My students have prompt sheets to guide them through the DOK levels. Depending on the concept I will set the expectation of which DOK levels their conversation is required to cover.

The following links are from the Stanislaus County Department of Education. The first is an OVERVIEW of DEPTH OF KNOWLEDGE as applied to different curricular areas. The second are DOK QUESTION STEMS for academic conversations.

Here are some middle school students taking you though one application of depth of knowledge. I promise it's short.