Did anyone see the "super moon" the night of June 22nd?

I was driving by the Pacific Ocean and the moonlight made the waves glow silver. 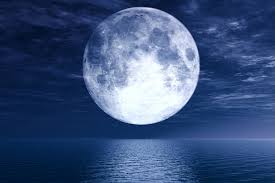 View From the Fifth Grade Trenches: Nazi on the School Board?

Instead of starting with warm breezes and an iced tea, summer break in my school district detonated with a community nightmare. As a writer, I constantly observe and analyze people. Last night I witnessed a character the likes of which I’ve never before encountered in my life.

School board members, community elected positions, are supposed to focus on the quality and integrity of education for the students on their watch.

A recent addition to the Saugus Union School District in California, Stephen Winkler, has proven to be a detriment, dare I say horror, rather than an advocate for the children in the district which he serves.

Recently Mr. Winkler attacked the teachers of the district in a sweeping generalization on Twitter. His tweet is as follows:

“A spirit of national socialism is encouraged by an effete core of impudent snobs, who characterize themselves as teachers of Saugus Union.”

That comment started a trickle of discontent that has become a tsunami of outrage as more about Mr. Winkler’s online life and views have come to light.

He has posted or made disturbing public statements about:


This article by Mike Devlin lays out proof and details of Winkler’s despicable pronouncements.

And here is the report from Elex Michaelson, KABC Eyewitness news where you can see and hear Mr. Winkler:

So what’s the takeaway here?

Last night I watched as Mr. Winkler was censured by the rest of the school board. Actions are in the works to have him removed. My chest burned as I saw him sit on the dais with a smirk on his face seemingly oblivious to the barrage against him.

It was however the statement of a parent speaking at the meeting that struck me the hardest. He claimed responsibility for not knowing enough about Mr. Winkler before voting for him in the school board election.

How many of us truly investigate those who seek positions on our school boards? In this day of Google, it isn’t hard to research candidates.

Clearly Mr. Winkler misrepresented himself. As voters we must be more responsible when we elect individuals to serve on a body that is focused on the welfare of children.

This is a cautionary tale.

I salute my colleagues in the Saugus Union School District as well as members of our community who refuse to stand for another moment of Mr. Winkler’s tenure on the school board. I believe there will never be another school board election in this district where the candidates are not vetted down to the last keystroke they’ve hit on their computers.

This is a sad tale.

I came to realize I was not witnessing a deliberately malicious individual fighting bizarre accusations in a completely inappropriate way. He has no business around children, but I see Mr. Winkler as a person who needs help and is not grasping the reality of what is unfurling around him. Where is his family?

This is a call to action.

Get involved with your child’s school, not just on the site level, but also on the district and school board level.
Posted by Leslie S. Rose at 4:57 PM 9 comments: