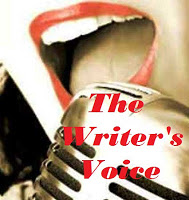 “The Writer’s Voice” is a multi-blog, multi-agent contest hosted by Cupid of Cupid’s Literary Connection, Brenda Drake of Brenda Drake Writes, Monica B.W. of Love YA, and Krista Van Dolzer of Mother. Write. (Repeat.). It's based on NBC’s singing reality show The Voice, so the four hosts will serve as coaches and select projects for their teams based on queries and first pages.

I'm honored to be a participant in this wildly generous opportunity for hopeful writers to bring their stories into the light.


I offer MOON STRINGS, a YA science fiction love story, with a word count of 82,000 for your consideration.

Everyone in fifteen-year-old Mellylora Whisper’s life is bent on forcing her into a tidy package of obligations. Her royal godparents press her to commit to a future with First-son Prince Jexa. Her military father insists she channel her science genius to aid the Echo Galaxy in their endless dance of defense against the decaying Earth. Jexa pleads with her to control her manic impulses and focus on duty.

Mellylora has a different vision. She is determined to oppose her galaxy’s directive and save the Earth, not battle it. She’s only got the summer moon cycle to be taken seriously before mounting expectations pull her under.

When Mellylora enters a tri-planetary scientific competition, hoping for a win to validate her Earth project, brilliance does not work in her favor. She attracts the eye of a high level galactic leader who is turning traitor to the Echo Galaxy. Through his network of turncoats, that includes Prince Jexa's younger brother, he blackmails Mellylora to commit her talents and loyalties to his dark purposes.

The expectations Mellylora once resented, especially the one that kept Jexa by her side, dissolve into dreams that are losing their chance to come true.

1st 250:
Mellylora Whisper wanted to see the sky one last time before she died. She flattened her body against the clear-steel of the balcony floor, limbs splayed like a starfish, straining to find any thread of blue peeking through the labyrinth of towers that sprang up between the Larkan Academy and the sea. The cold transparent metal under her cheek battled the flush spiking from her chest to her face.

The urgent-imperative signal screeched in the dorm room behind her. Mellylora’s ears throbbed as the wail sprang from her connectik communicator and bounced off each bare wall. The emergency frequency had activated the shields that slammed down over every clear-steel window, blocking her view. The only way to see the sky was through the balcony floor.

A cloudbird shot beneath her on its flight to the sea. She pressed the side of her face harder into the clear-steel until her cheekbone ached, but she was able to follow the creature’s flight through the forest of towers. There. Between the twin spires of the side-by-side government buildings, Mellylora found her sliver of sky.

The security panel above her bed showed no warning lights for fire or internal air contamination so the signal could mean only one thing. Warships from Earth that continually swarmed the Galactic Gate had breached the Echo Galaxy’s defenses. This attack had always been deemed improbable. Mellylora prayed for the day impossible would replace improbable. As the ectographic red-orange emergency aurora waved above her connectik communicator, improbable became inevitable.