Another fabulous Comic Con in the rear view mirror. 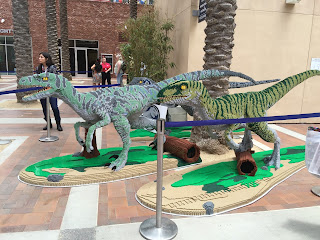 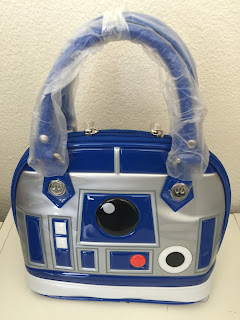 Merchandise tempting.
(Yeah, I bought it.)

Cosplay did not disappoint. 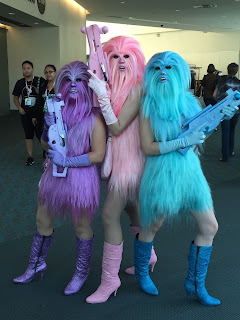 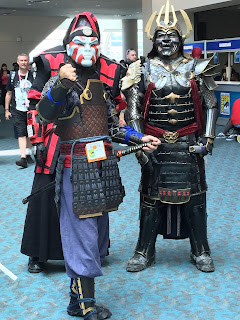 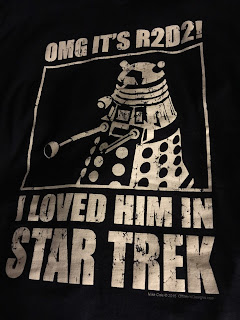 Fantastic Panels.
My favorite was the 50th anniversary of LOST IN SPACE. 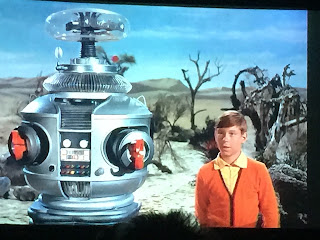 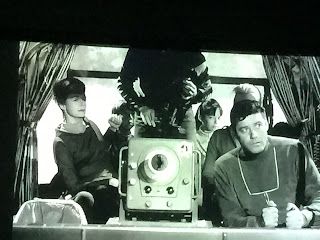 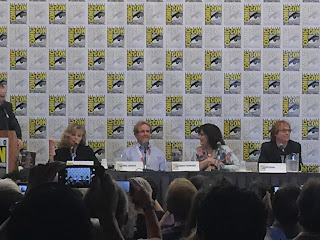 My daughter hit the jackpot. She waited for a zillion hours in line to see the STAR WARS, FORCE AWAKENS panel. Not only did Mark Hamill, Carrie Fisher, and Harrison Ford show up, but director J.J. Abrams treated the audience to donuts AND walked them to a second venue where everyone got a lightsaber and free concert of Star Wars music played by the San Diego Symphony.

Fun fact: There are super cool venues and activities around Comic Con beside the convention itself. 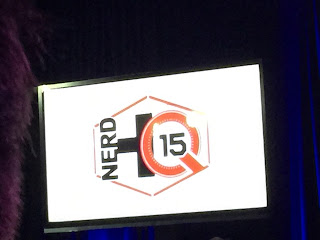 the likes of William Shatner, Nathan Fillion, and Joss Whedon. You do purchase tickets to the panels, but the proceeds go to the charity OPERATION SMILE. 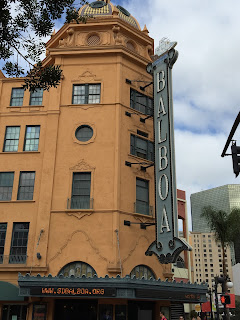 Storm (Comedy Music Team). It was four hours of music, riffs on TED talks, comedy and all around hilarity held in an amazing classic theatre, The Balboa.

Paul and Storm sang a gut busting parody of Game of Thrones to the tune of American Pie.
Here's the chorus - try it out. 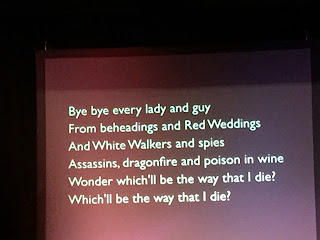 Everyone can catch Comic Con fever
even without an official badge.

Next week I'll share tidbits from this year's lit. panels.

Let's get down to it - if you were going to cosplay, who would you be? There's only one choice for me. 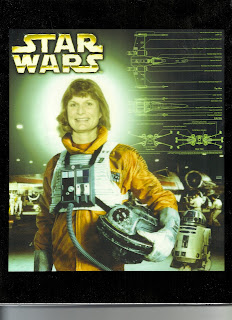