X is for The X Files

If you've been following my A to Z posts, you probably saw this one coming a mile away.

Yes, The X Files motivated me with a capital M.

Great Characters - Special Agents Fox Mulder and Dana Scully are a true dynamic duo. Her analytic personality is a perfect contrast to his ever-questioning tendencies and suspended disbelief in most things alien or supernatural. The ongoing joust of sexual tension between the two always kept the partnership interesting.

Alien Mythology Arc - The show was unique in that most given episodes stood on their own, but embedded in the entire series was the alien mythology/shadow conspiracy story. The underlying threat from a consortium of humans who were bargaining with an alien race for colonization of the Earth was a major draw for me. Trying to string together clues and identify dropped breadcrumbs of the mythology arc was a blast. 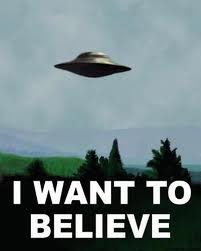 My Mulder and Scully action figures will always have a place of honor on my desk.

Were you hooked by The X-Files? Did you prefer the alien mythology arc or the supernatural episodes best?


Here is a list of the alien mythology episodes.

Click on the Blogging From A to Z Challenge logo in the sidebar to access the links to all the superheroes participating in this blog hop.
Posted by Leslie S. Rose at 12:01 AM