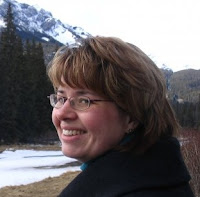 I am honored to have the amazing Angela Ackerman as a guest today. Angela and Becca Puglisi have given the writing community a treasure, The Emotion Thesaurus. It's a master class on show don't tell.

Their blog The Bookshelf Muse is also one of the best writing resources in Bloglandia.

Angela indulged my Lord of the Rings obsession to answer the following question:

If you were Frodo and had to bring the one ring to Mordor, who would your 5 companions from literature be and which character trait would each represent?

Angela:  First off, BEST QUESTION EVER.

Angela: Second, this really made me think about what character traits the original companions embodied. Each had a special intrinsic quality that added to a greater whole, and because of this, the venture succeeded. So, with that in mind, here’s who would be on my Dream Team of Five:

Roland of Gilead (Stephen King’s The Dark Tower). This Gunslinger is tough--stringy tough, skilled and emotionally hardened, but the trait he embodies most is tenaciousness. Roland never gave up on his quest to find the Dark Tower, not when loved ones died, nor when some crazy-ass giant lobster ate his fingers off, or even when his reality split and caused his own mind to fracture. No matter what life threw at him, Roland kept going.

Astrophil (Marie Rutkoski’s The Cabinet of Wonders). Now while Astro might be only a tin spider who hides in the main character Petra’s hair, he is wise and resourceful. Most of all, he is incredibly loyal. On a trip to Mordor, I’d need someone who would stick by me no matter what. Besides, who wouldn’t want a tin spider to come along?

Katniss Everdeen (Susanne Collins’ The Hunger Games). I’m sure no one is shocked to see Katniss on my list. She’s dedicated, selfless and has great instincts. Most of all, she is a born hunter and skilled in adverse environments. Taking on the Hunger Games arena is no easy feat, and perfect training ground for Mordor. 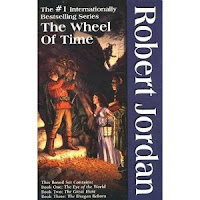 Mat Cauthon (Robert Jordan’s The Wheel of Time). Matrim is a trickster, gambler and trouble loving character, adding levity in a dark time as the seals on the Dark One’s prison begin to break. Always in trouble of one sort or another, but loyal to the core, Mat’s antics cost him part of his memories, replacing what is lost with a battle-hardened warrior, transforming him into a formidable strategist and unparalleled leader. These are all great qualities, but it is Mat’s cleverness that earns him a seat on the bus to Mount Doom.

Merlin (too many sources to name). No matter what fiction piece he featured in, Merlin was an advisor, a wieldier of  magic, and scholar and protector of the people. One quality stands out more than any other however, and that is wisdom. To successfully infiltrate Mordor and destroy the ring, wisdom is key.
So, the ideal traits I’ve gathered for this journey are tenacious, loyalty, skill, cleverness and wisdom.

Who would be on your Team Mordor? Would you choose to feature the same traits, or different ones? Tell me about it in the comments!

What fun--thanks Leslie for asking me to do such a unique post!

No, no thank YOU, Angela for hanging out and assembling a kickin' team. Frodo doesn't know what he is missing.